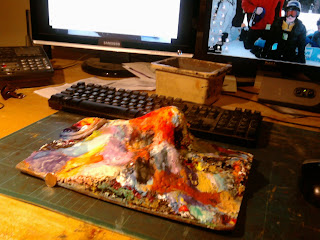 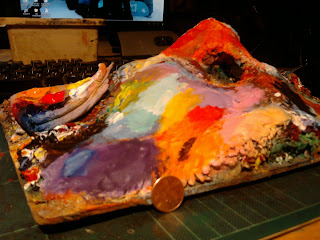 There was a time when I was going to discard it - it was growing out of control and I thought it would be easier to work on a new one. But then I looked at it again - all bumpy, lumpy, and full of character. There there lil fella don't you worry - daddy isn't going to abandon you like Carl did. (can you tell it's 2:00am?) So here he is - I figure he's probably middle aged like me - lots of miles but many more ahead. He's been to Maryland, California, technically Nevada and idaho, but mostly he's lived here in Utah. Like I said before of the thousands of paintings I've done he's got parts of all of them in him. Oh, and that arch you see was at the request of my children constantly nagging me to sculpt some form into him - that took about 9 months. I think I'll name him Benjamin since I never had any run-ins with anyone with that name.
Posted by Will at 1:49 AM 14 comments: 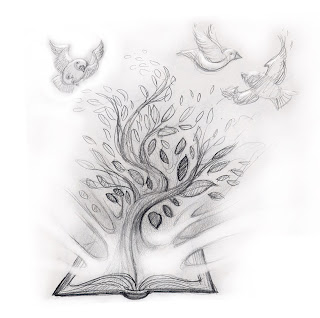 Because of my involvement with the California Teachers Association and the school visits I've been doing lately my mind is often on reading and it's importance in the development of the lives of children. This was a little doodle I did while my wife was at the doctor's office.
Posted by Will at 11:34 PM 2 comments: 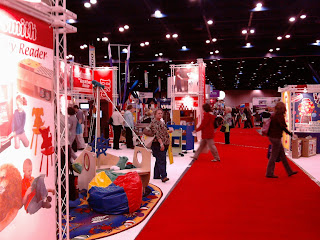 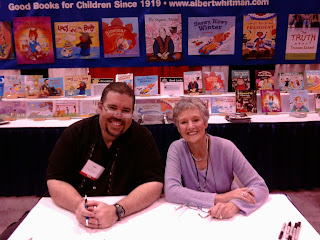 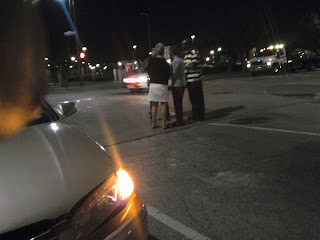 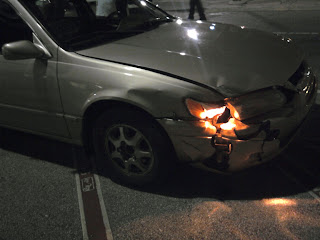 Luckily there were no injuries and we had to leave before the police could finish their reports because there was a guy shooting a shotgun just down the street and they told us to get in our cars and get out of there. Exciting!
Posted by Will at 8:27 PM 2 comments: