A Few Sketches From CTN 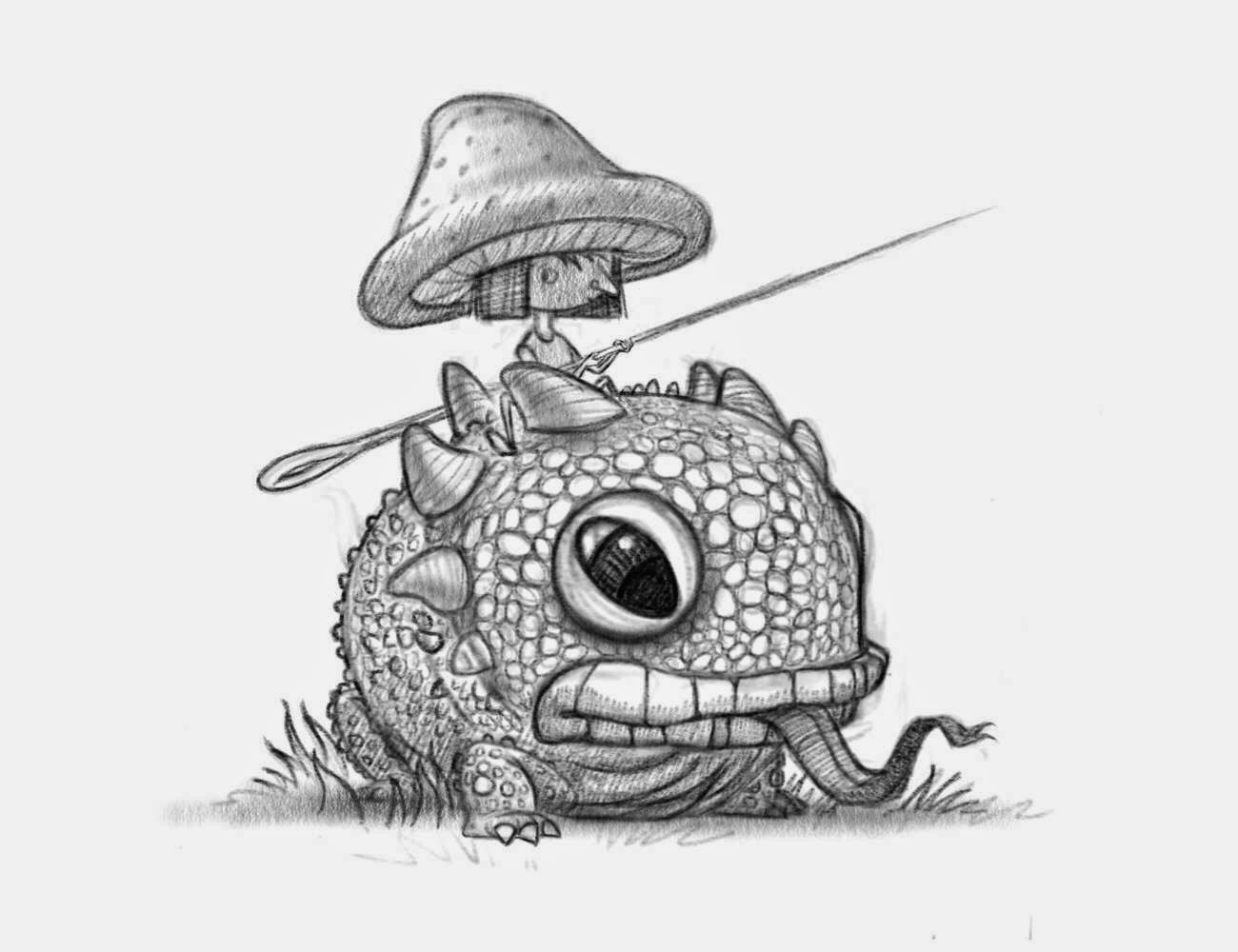 I'm at CTNx right now in Burbank and what a weekend! Aside from total retina melt down from seeing so many of my hero's artwork and hanging out with legends in the business I got to co-teach a class with Jake Parker for SVS - How to get a traditional look in your digital work.  It's so important to hide some or all of your process. Your "paint alchemy" fosters curiosity and intrigue...being multi faceted keeps your audience tuned in and guessing.

I watched a bunch of panel discussions and talks by animation pros - the Reel FX team that produced THE BOOK OF LIFE was the highlight for me - what a charismatic group! Great movie too! Here are some of my doodles...can't wait for next year! 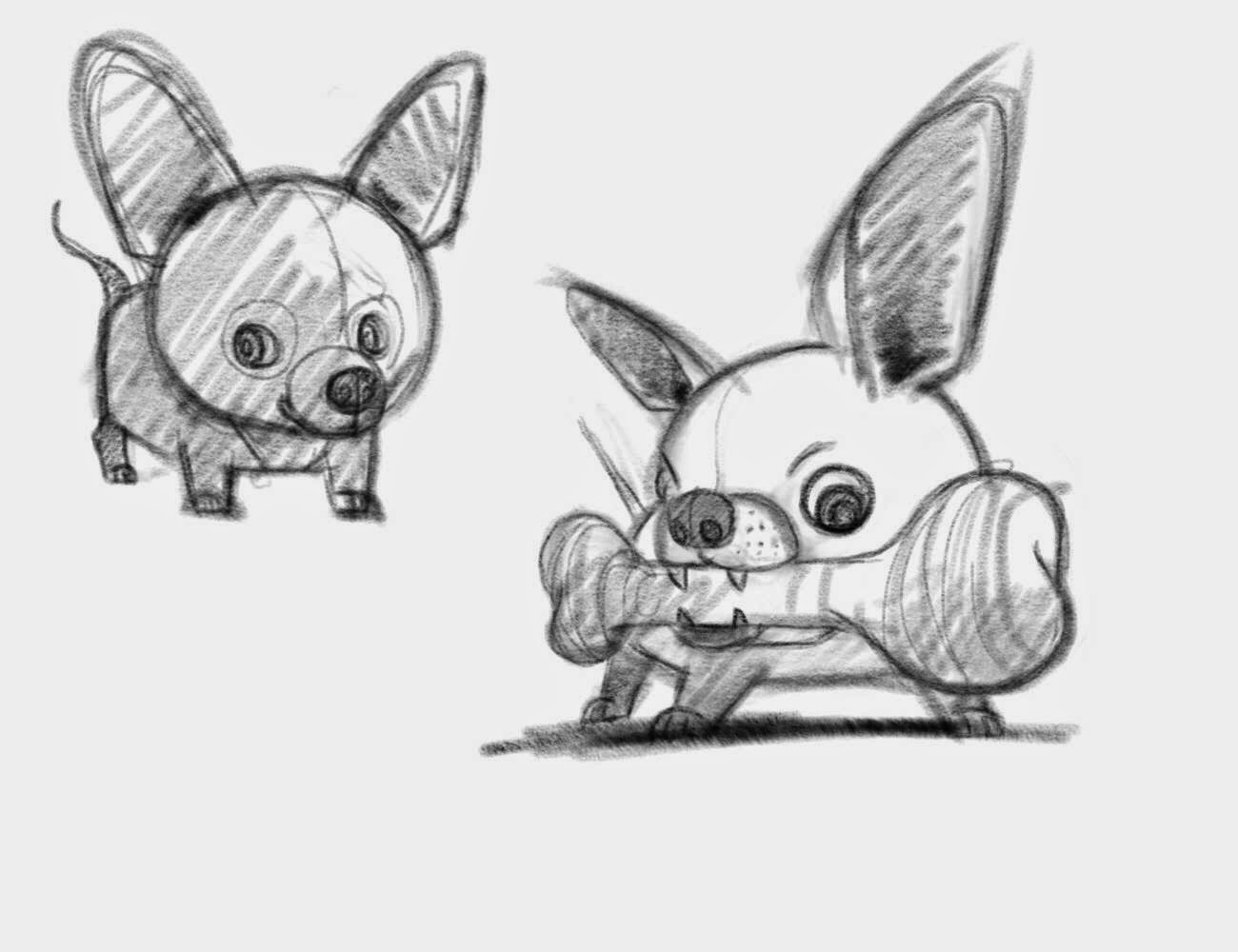 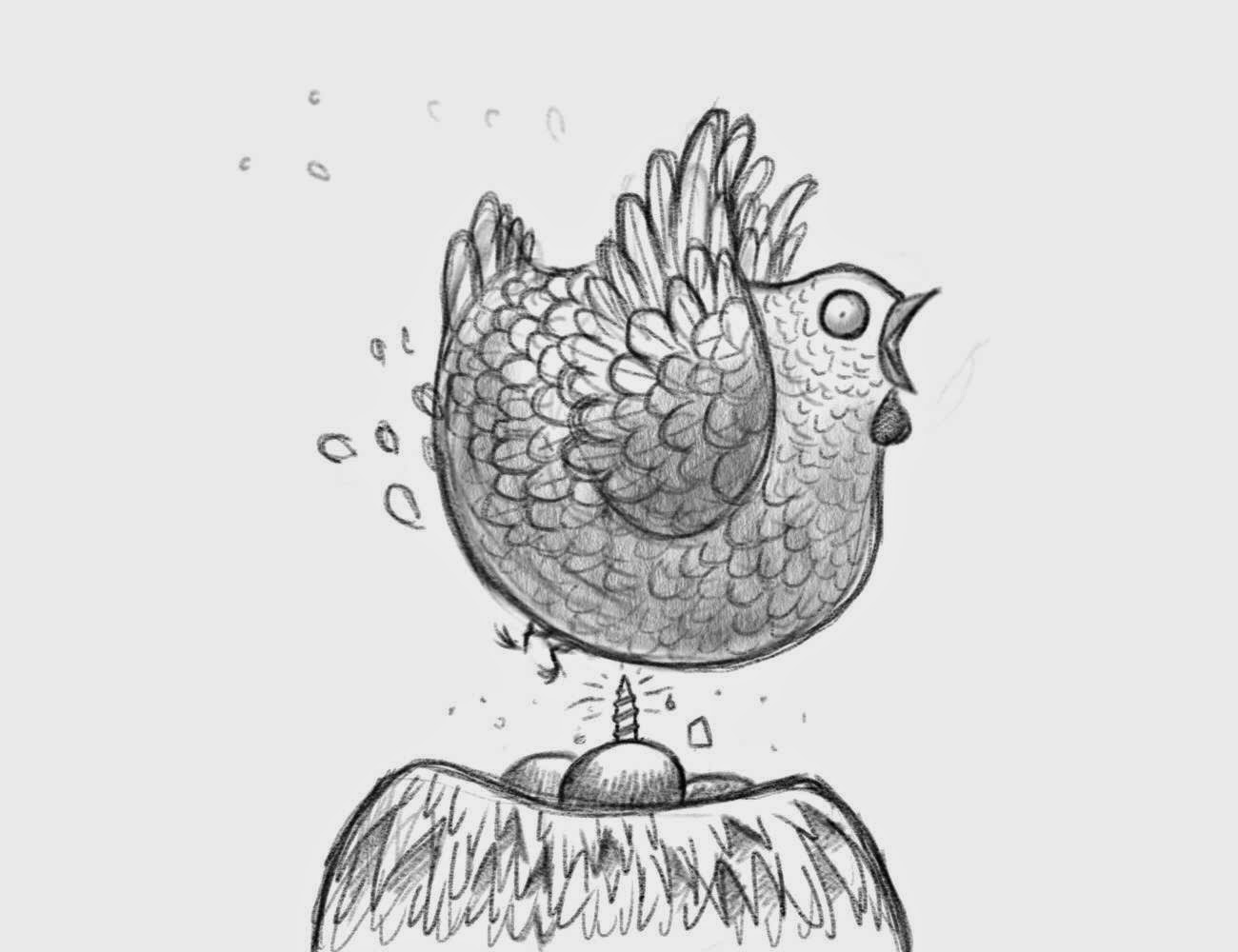 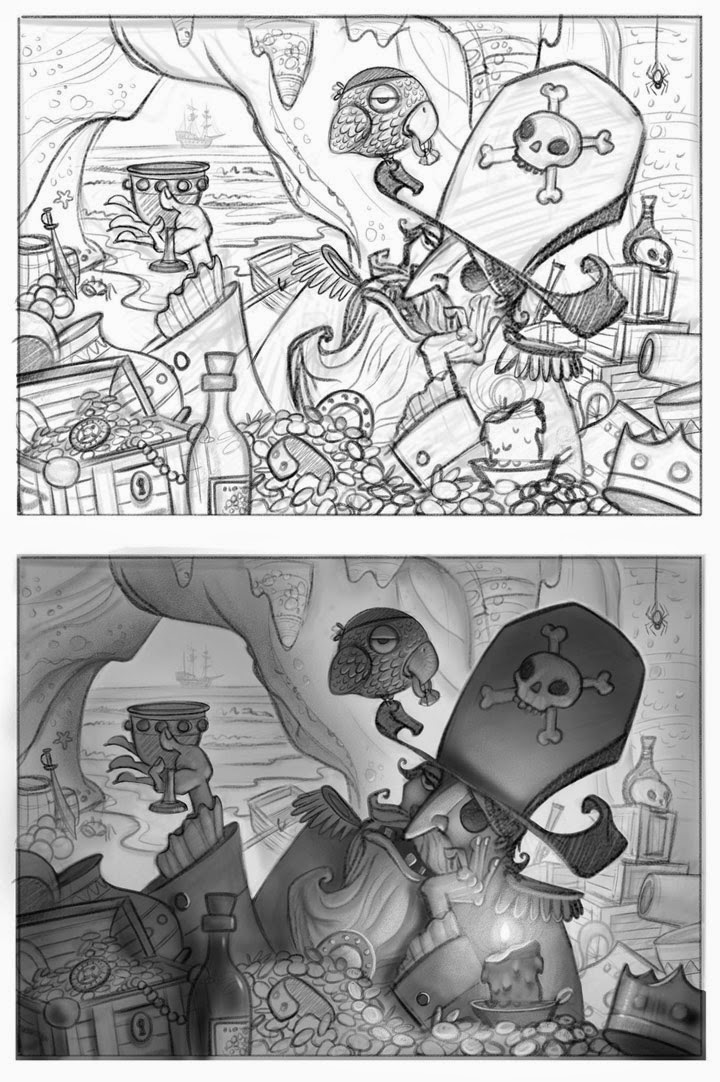 Creating strong light sources can add interest and drama to your images. When I critique illustration work I often notice the lack of a planned light source(s). Understanding light and how it behaves is one of the first steps in creating powerful illustrations.

I created this image as a solution to an assignment I gave my UVU illustration class a few weeks ago but that's another story. 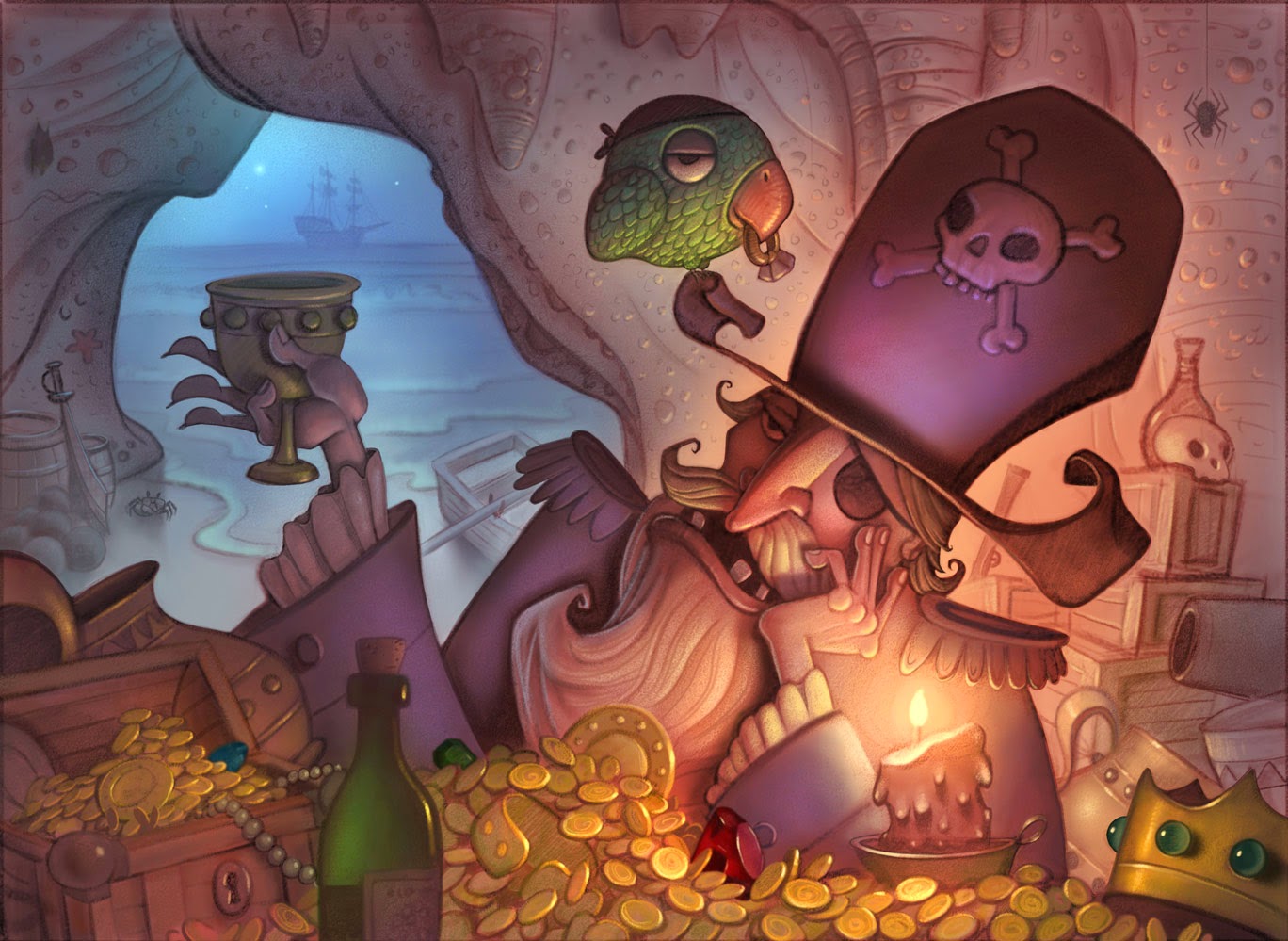 It's important to remember that illustration isn't photography. We don't have to play by all the rules of the natural world. We are creating an illusion. Our job is to communicate an idea -so bending and/or breaking rules is ok as long as it works and as long as we have a good reason. We can add atmosphere and lighting where we need it to set up a shot - similar to how it would be done in film. Have you ever noticed that night scenes in motion pictures often seem much lighter than they normally would? That's because it would be really boring to only hear sound while watching a dark, almost black night scene. Directors bend the rule of darkness by adding light from places where often there wouldn't be any light. Cheating? Of course!

I decided to use the 3 types of light sources you can have in an image. 1) On camera 2) On camera hidden 3) Off camera.

You can see below that using the candle alone creates a very dark mood. I wanted this illustration to be playful so one light source wasn't going to be enough. I wanted my viewers to see lots of items in the cave. 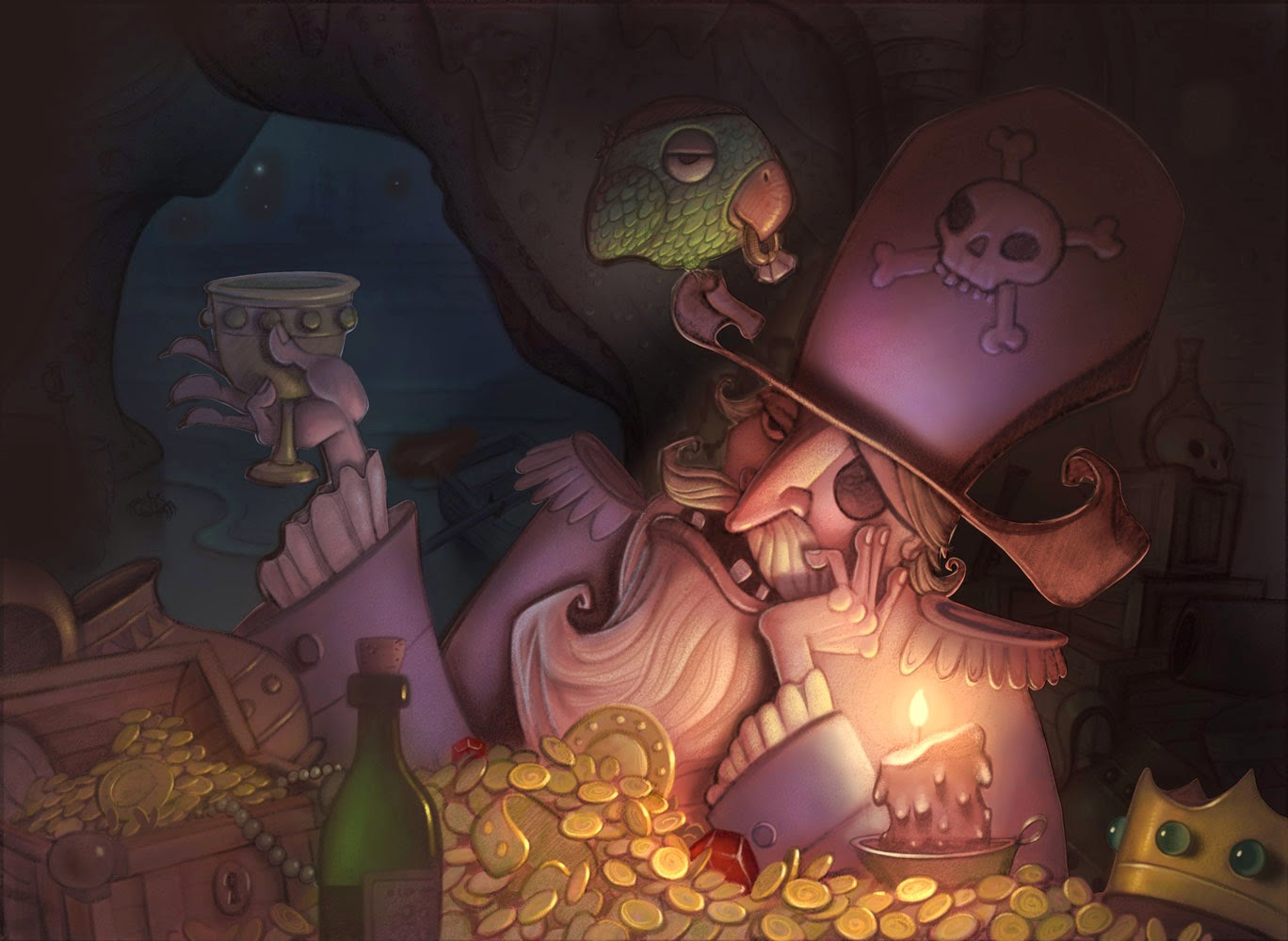 Adding a second light source behind the pirate helps by illuminating the right side of the cave. I envisioned this as perhaps a lantern that is below the pirate and objects in the foreground (on camera hidden.) These two light sources just aren't enough however to define the cave opening. 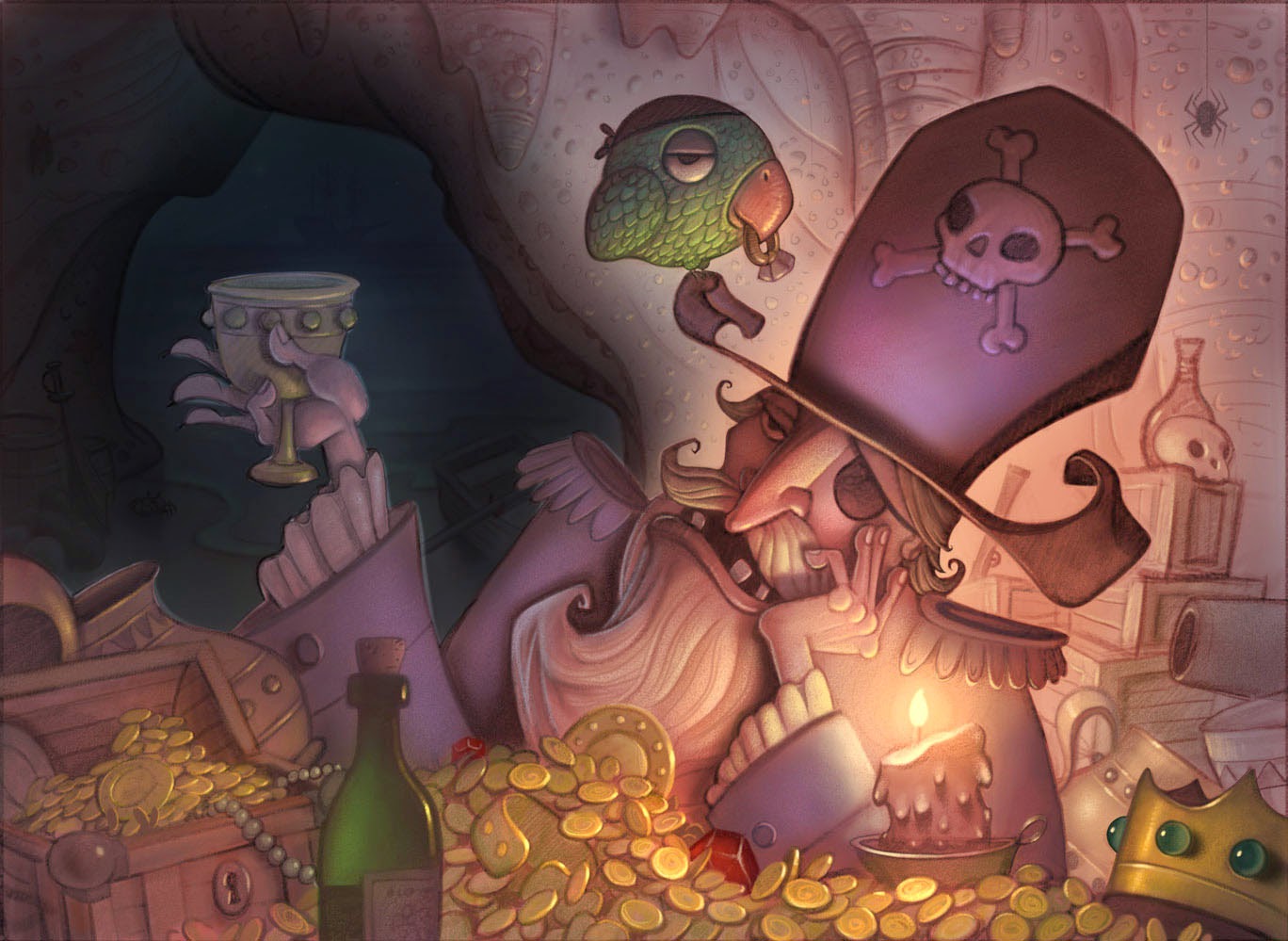 I had to add a third light source (the moon - off camera) that would shine down and reveal the cave entrance and the pirate ship on the horizon.

And this is what it would look like with only the two lesser light sources - moon and lantern. You have to have a primary light that helps create your focal point(s). 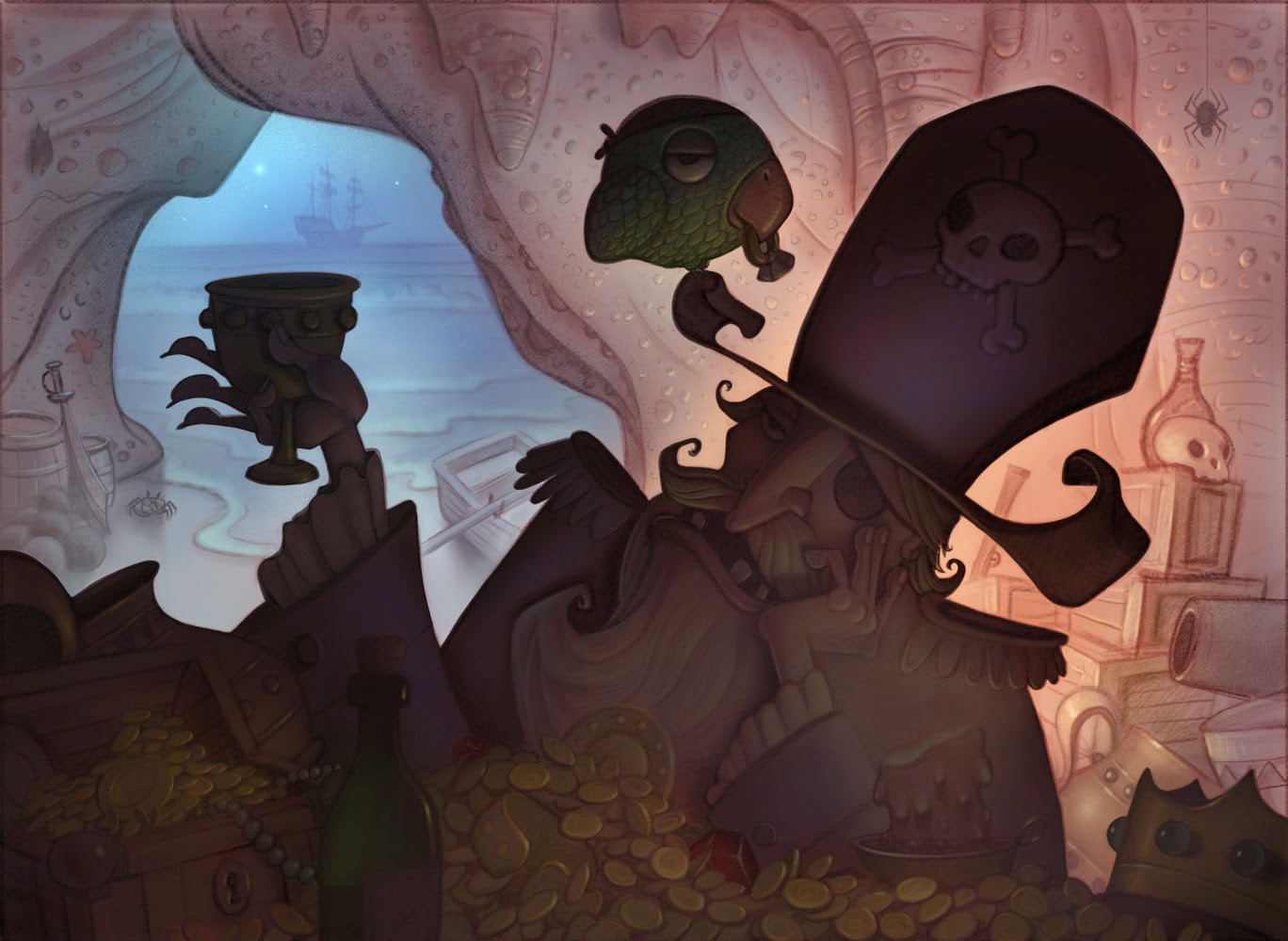 It's much easier to use one light source in your illustrations but in certain situations you can achieve the results you're looking for by adding multiple light sources as long as you make one your primary and the others secondary.

Which Tablet Monitor Should You Buy? Cintiq vs Yiynova

Have you thought about jumping to lightspeed from a drawing tablet like Bamboo or Intuos to a pressure sensitive drawing monitor like Monoprice, Yiynova, or the king of all monitors - Cintiq by Wacom? In this video I make the comparison to help you decide which is right for you.

Am I good enough to make it as an illustrator?

I get asked this question so often I finally decided to do my best in answering it. There are so many factors involved from what kind of illustration you want to do? what markets? what kinds of clients? how long you like to work on an illustration? Style? etc.... 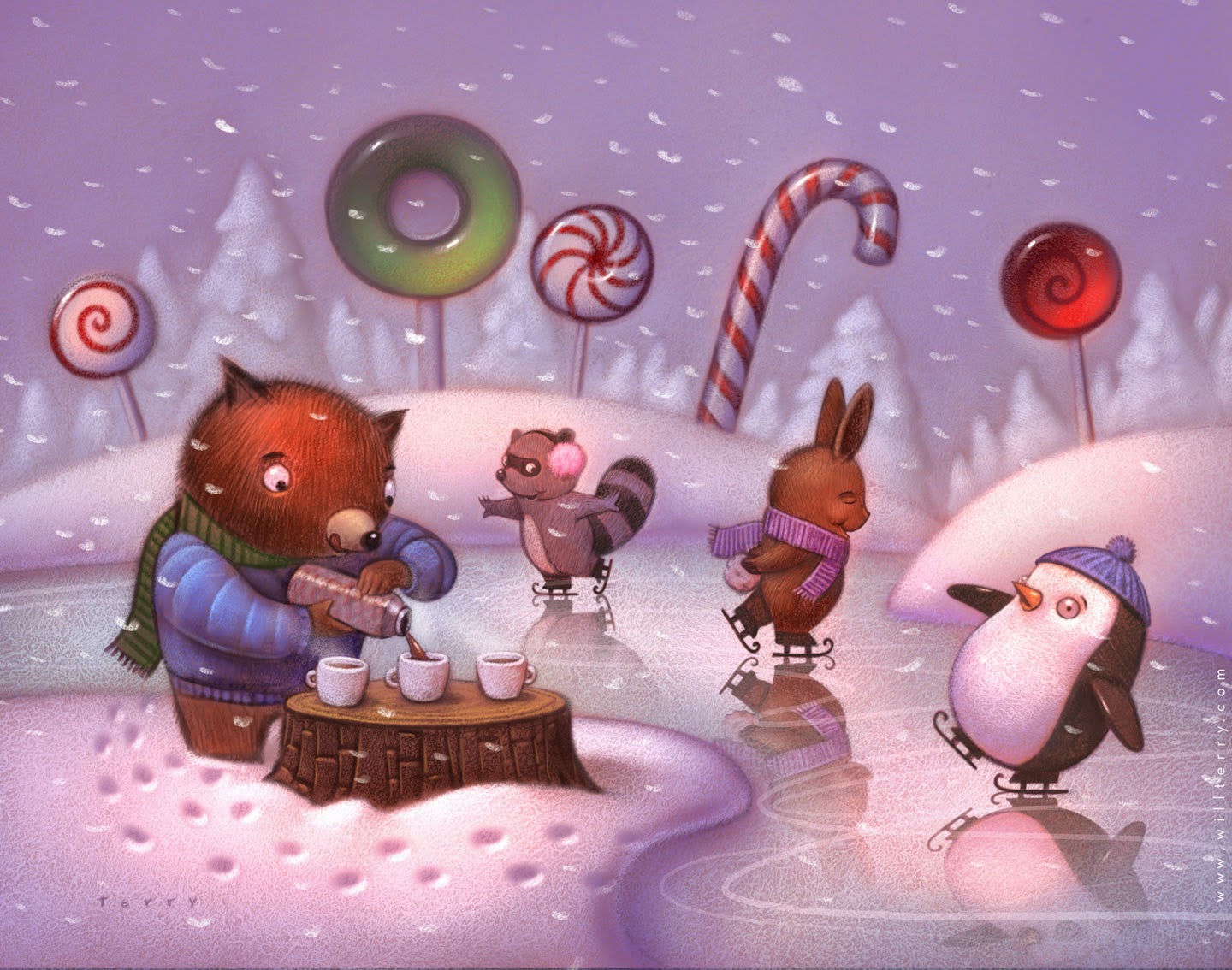 Jake Parker and I are very excited to finally announce our new class! We gave our first online children's book class about 18 months ago when we started www.svslearn.com. We were happy with that class but realized that we needed to take some time to create support classes before we could run it again. We knew that there were many people who wanted to buy that class but we took it down for a handful of reasons.

The biggest reason was that we wanted to create a more complete class that focused on the storytelling aspects of children's book illustration instead of all of the support material we had to include. In the past 18 months we have created a foundation series of fundamental classes that will support our NEW children's book class. In short there will be about 10 times the information in this new class - including business and marketing.

If you're interested please see the listings in our online store to see the details - if you still have questions please ask.

This class has been so fun to work on and we really feel that with the over 200 pages of PDF manuals and workbook - our students will feel that they received a lot of value.

Posted by Will Terry at 9:19 AM No comments: