How To Get Past Artist's Block

I've been asked quite often how I get past Artist's block - you know, that feeling you get when you don't want to start or can't figure out how to start a new project. When you stare at a blank piece of paper and can't come up with anything that you think will make a good drawing. In this video I give my process for overcoming this paralyzing situation that happens to all artists from time to time. 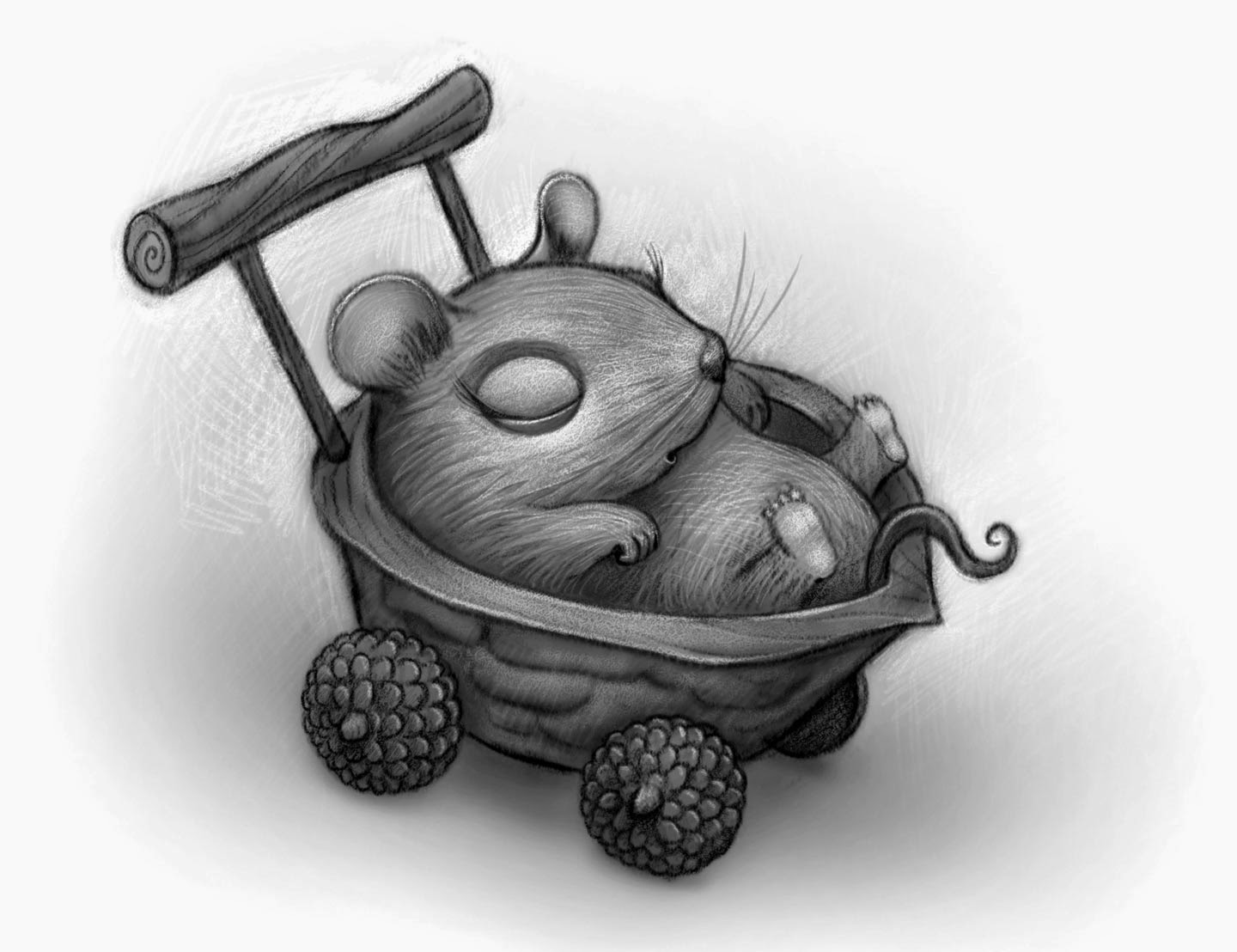 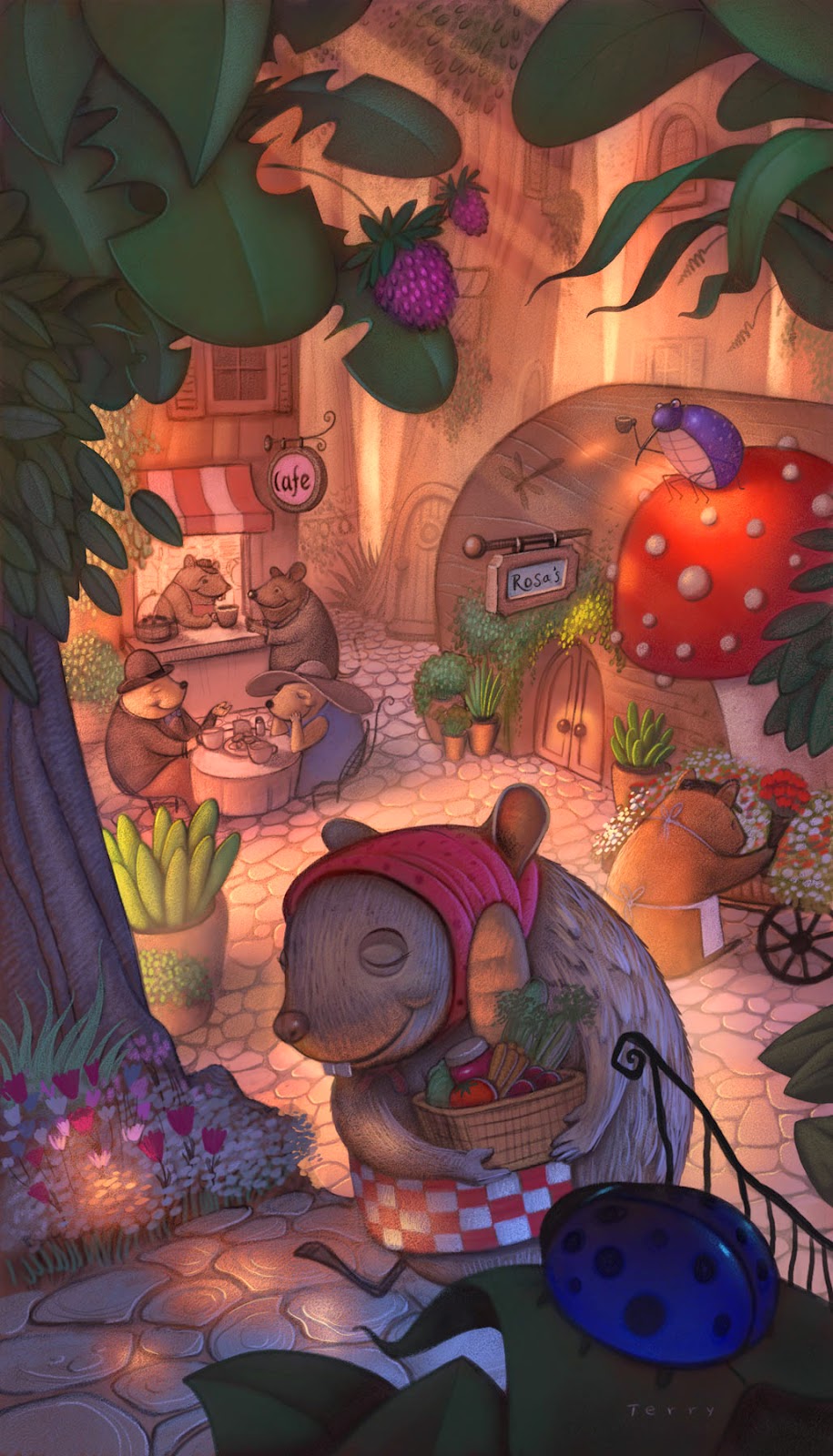 I created this image to keep my skills sharp and to announce our SVS Summer School Critique class. It's available for anyone of any skill level as long as they have taken or watched our "Creative Compositions" class. Most of the advice I give is design/composition related so I need class members to have gone through this class so we have a common language and understanding. The class will start on Tuesday July 15th at 7:00PM MST - then we will break for two weeks and meet again on Tuesday the 29th same time. 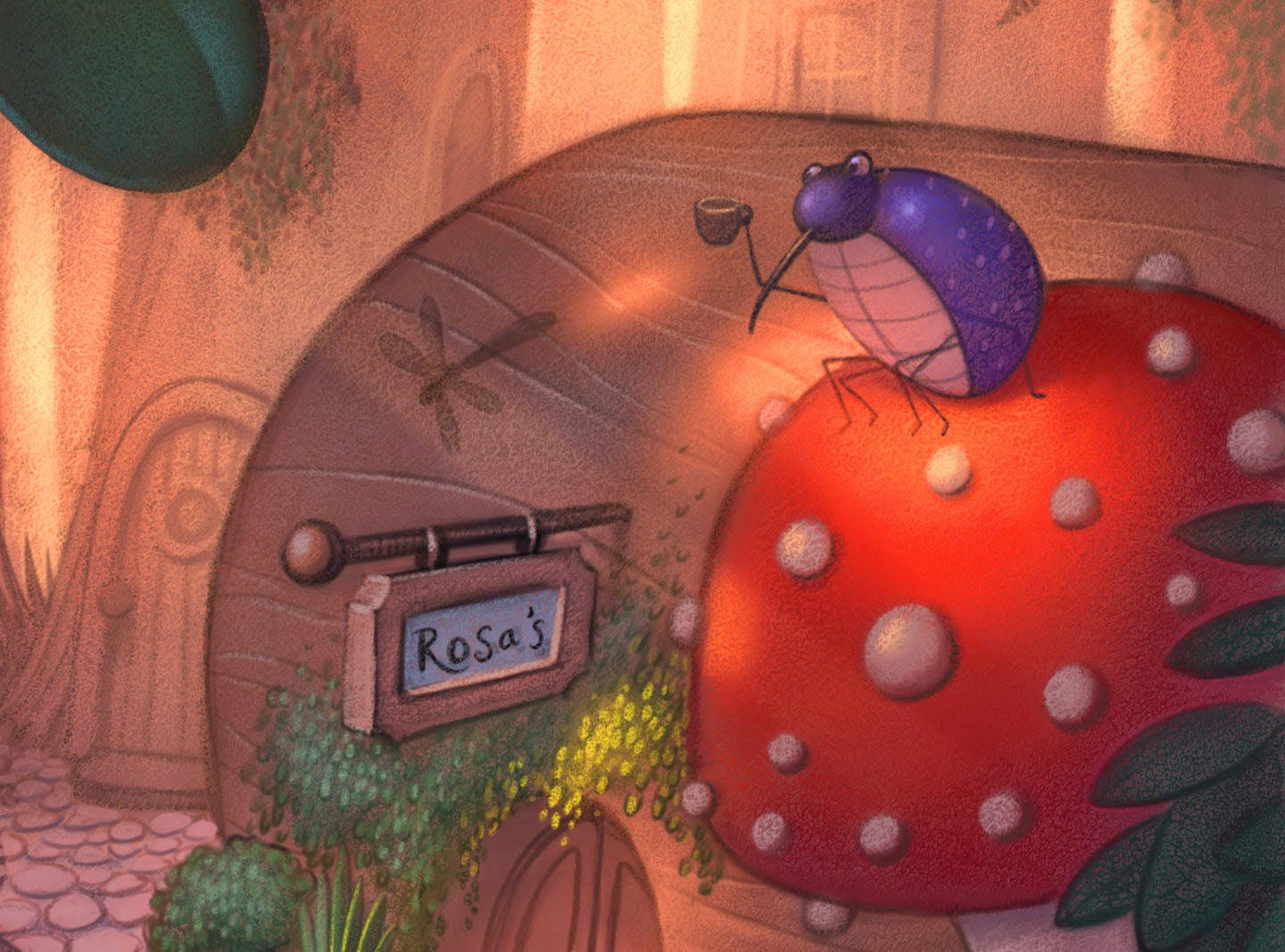 I'm limiting this class to 8 students to give ample time for each person. Students are welcome to have anything they are working on critiqued. There will be no assignments (best summer school ever!) so attendees will need to have a piece or two that they really want to polish ready to go for critique. It could be in the sketch stage or the painting stage. The idea for two classes is to receive feed back - rework or start over  - then come back for a final critique. 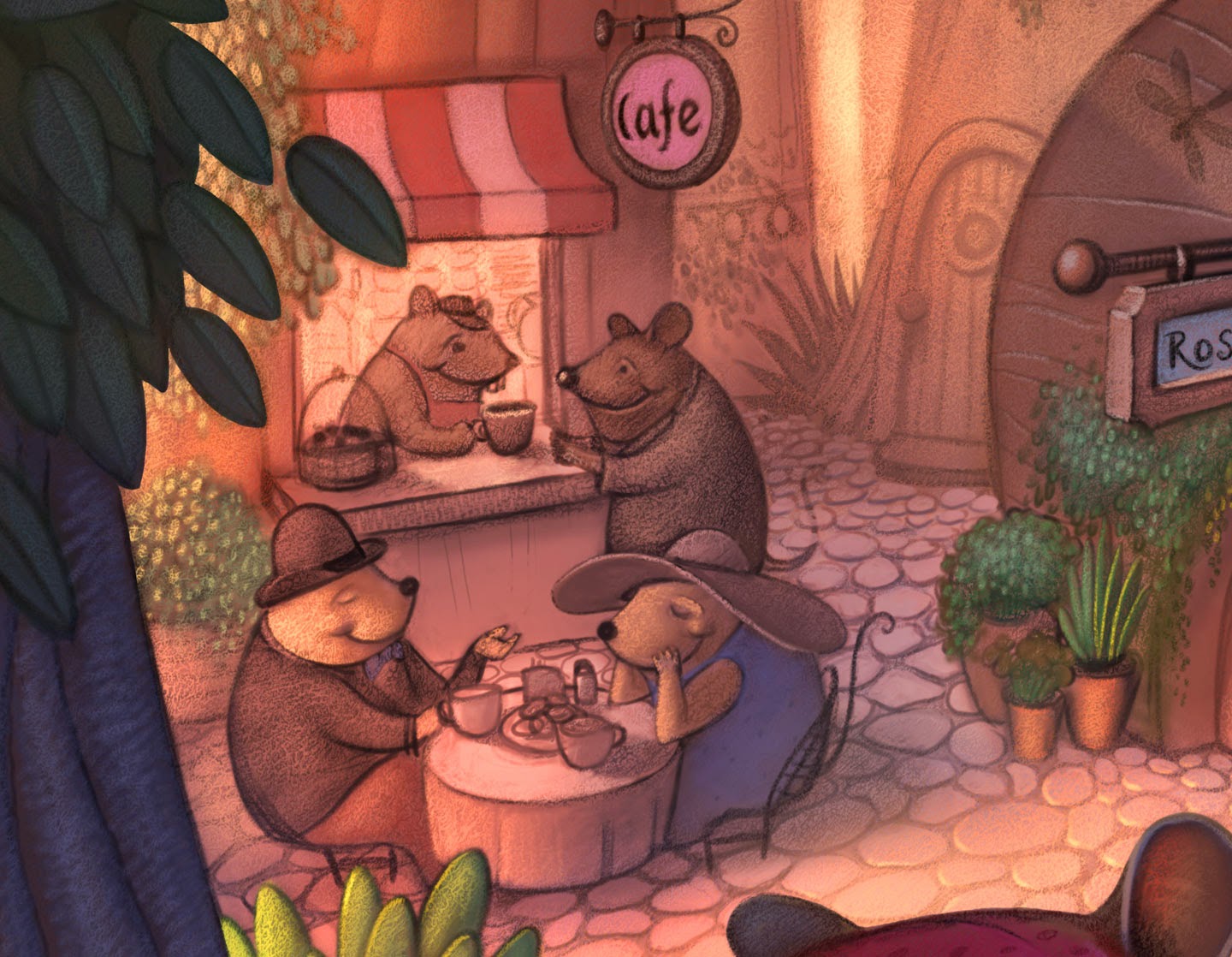 You can visit our store here where you can see the "Creative Composition" class as well as our new "Summer School Critiques" class. 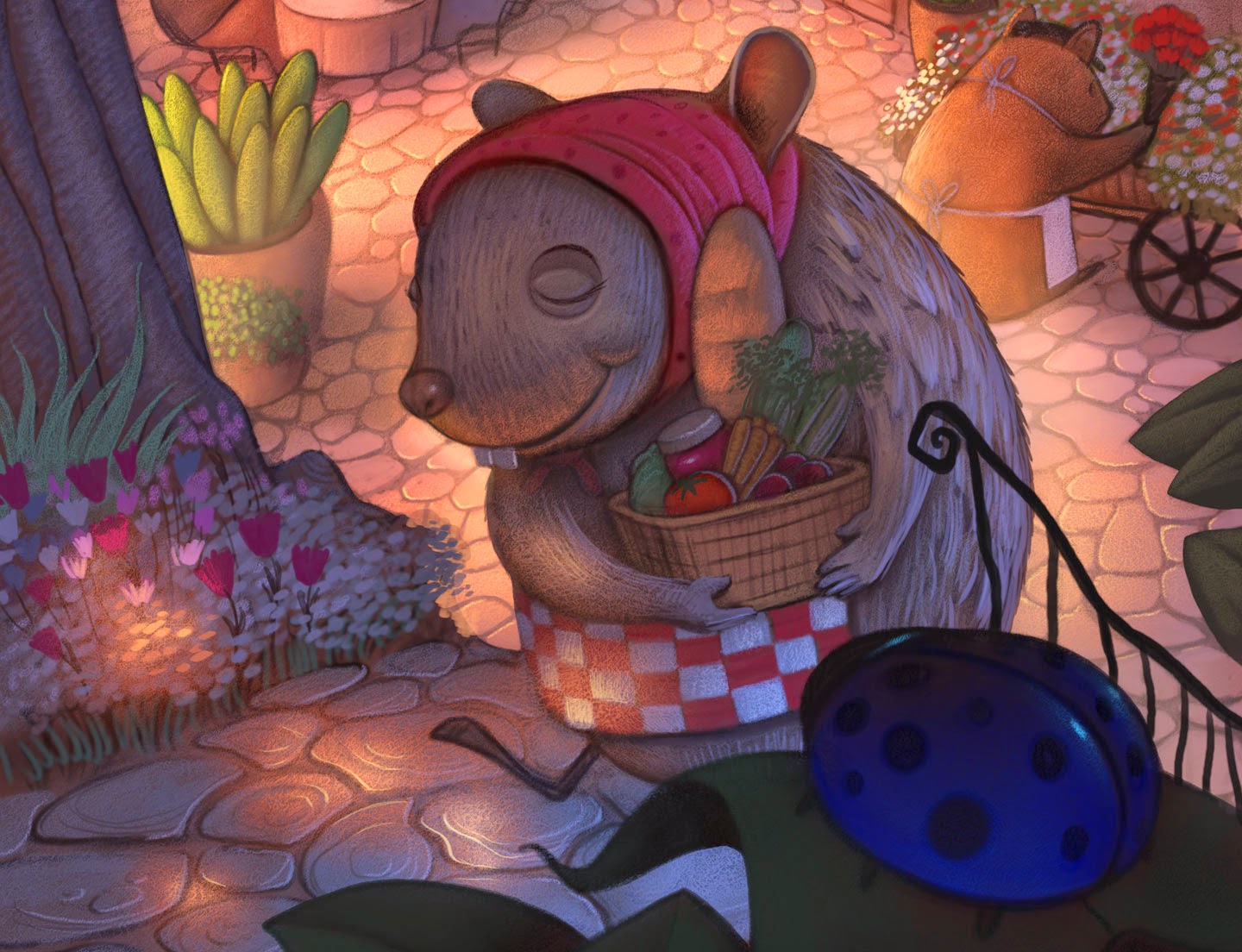 Send This Video To Your Illustration Clients

Posted by Will Terry at 9:27 AM No comments:

Playing With Brushes in Photoshop 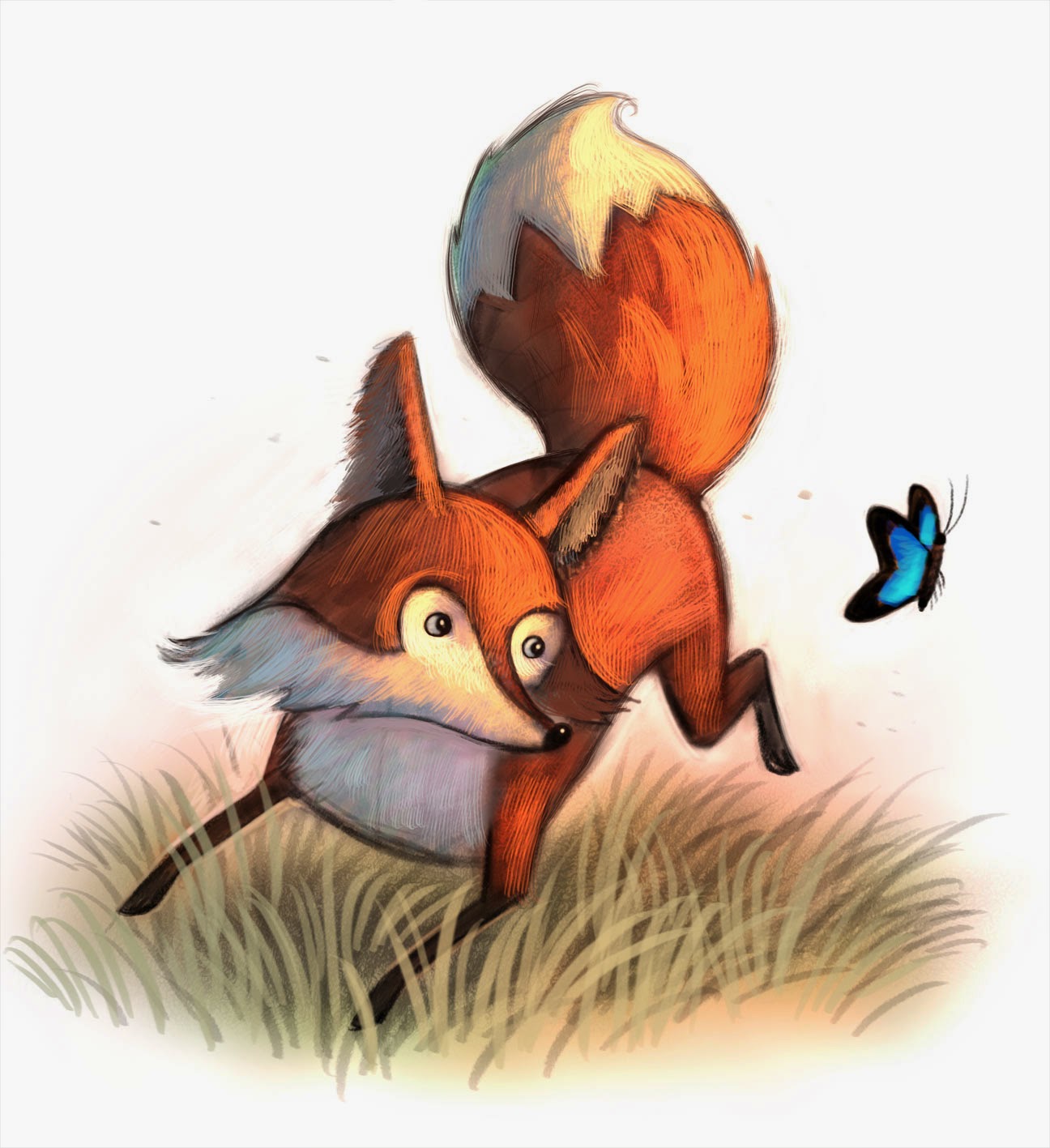 Just having a little fun working with a few new brushes in Photoshop. When I get time I like to experiment a little. I used 3 custom brushes to make this image - I'm going to experiment more to make various "fur" brushes. 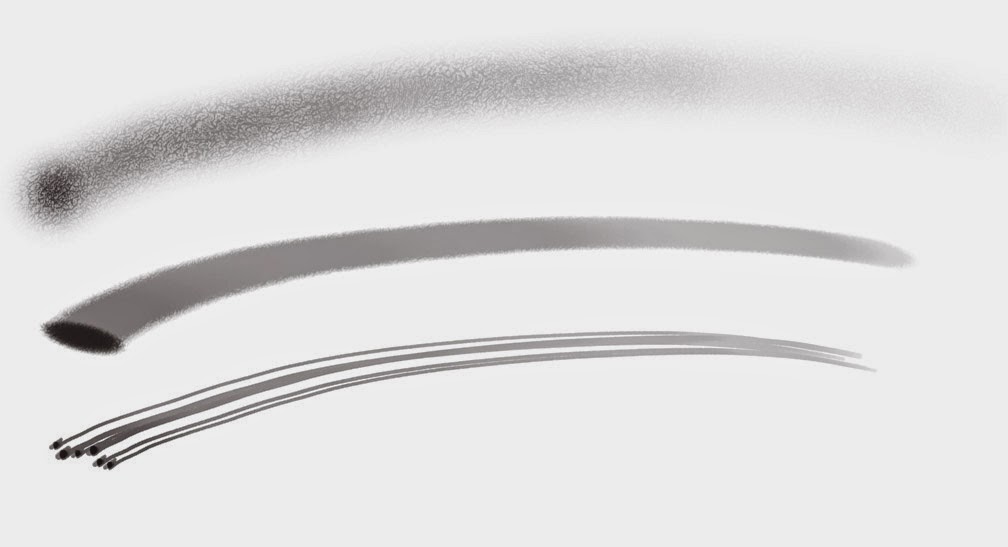 I'll explain a little about the brushes I used for this painting. First, I'm a rank beginner when it comes to making and using brushes and after doing this one I have ideas for better brushes to add variety to the fur.

The top brush is the standard air brush that comes stock with Photoshop but it has the texture settings I've explained at length in my online video tutorials - check out the links on the right side of my blog...

The middle brush is the stock airbrush with my texture settings but I squished it with the "roundness" tool at the bottom of the brush pallet. I used this brush for the grass.

The bottom brush is just a few large dots I made to simulate hair. I've used this brush a lot but would like to make some variation modifications.

All of these brushes have the "transfer" settings turned on to take advantage of the pressure sensitivity of my cintiq monitor.

I'll practice this more and do some sort of tutorial/post/video on these settings and applications in the future sometime.
Posted by Will Terry at 11:15 PM 6 comments:

7 Reasons Why I Can NOT Illustrate Your Children's Book

I'm flattered when I'm asked to illustrate someone's personal project - like a children's book. I should have put this in the video but I forgot. It really bugs me when people don't get back to me in an email that I've sent them and I don't want to ignore or give a short "no" to people who email me with requests. I know it takes a lot of emotional effort to reach out and ask for something like this. I made this video to be able to send out as a thoughtful response when people ask me to illustrate their children's book. I hope my answers make sense.
Posted by Will Terry at 10:22 AM 6 comments:

A few months back I joined a 5 person indie team to create an Xbox / Playstation game. I can't release all the details right now but I'll share what I can. First - it's sooo much fun! Second - and it's really FUN too! We have two developers, an animator, musician, and myself - artist/art director.

This project has teeth - pun intended. It's a platformer like Braid, Limbo, Guacamele, etc. Hopefully we get ratings like those games too! The opportunity came as a chance to own a piece of the game - so if it sells well I'll get compensated - if it doesn't - I will have done a lot of work and learned a lot - been there before.

The head of Xbox Chris Charla has said that indie games are the future of gaming and Xbox is really excited to support indie developers. We have a release date for this coming January so we have to stay on track developing each level, testing it, making tweaks, re-testing and so forth. We plan to release on Xbox, Playstation, PSVita, and STEAM...if it does well - iOS. The most rewarding thing for me is to be able to dream something up, draw it, bounce it off the team members, tweak it, render it, hand it off to the developers and see it in the game. I'll keep adding updates from time to time as we progress.
Posted by Will Terry at 10:46 PM 6 comments: