Rockin on My Ipad Apps! 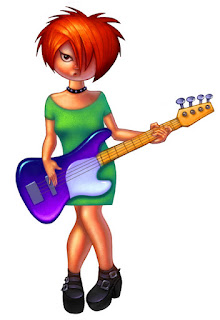 So, if you've been following my blog for more than a few months you'll notice that I was working on a monster app and then I kind of went silent on that front. Well, the project was going really well and still is however I started feeling like it was becoming larger than I wanted to tackle at this time. The amount of work was becoming overwhelming and so I've set it aside for now because I really want it to reflect my vision. I was afraid that if I kept working on it I would be tempted to cut corners.

Good news however - I'm about half way through my next app creation and am working with a talented and very accomplished writer Rick Walton and programer Mike Bohman to produce what we think will be a really fun______ (insert category here). We don't really know what to call it because it's not a story app but it has a story. It's not a game either in that you can't beat it or win...or even compete against the computer or another player. No - it's just a thing - a widget - a whobadeewhatee and so we might call it an iPad toy or digital toy or something like that. Anyway above is one of the illustrated characters for my ebook/app - just wanted to let you know that I'm actively working on several ideas right now - it's sooooo exciting to be able to concept, rough out, design, render, and publish anything you can think of!!!
Posted by Will Terry at 9:04 PM