Do You Respect the Art of the Artist? 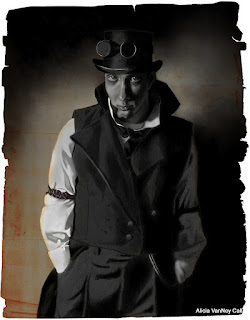 I suspect that most of us would never think of telling a neurosurgeon how and where to cut on a loved one. Instead we'd probably pray for and respect the expertise, professionalism, and yes, art of the physician. We want that same kind of respect with our own work. If your work is professional shouldn't you get that kind of respect? But how often do we boss the hair stylist? How overly involved do we get with cake decorators and interior designers? Do we respect the home plans that were designed by the architect? or do we ask the builder to take out this wall or change the size of that window? And what about the wedding photographer? Do we respect his/her ability to do what we saw in his/her portfolio? I guess what I'm saying is do we ask artists to do what they're good at or do we try to force them to do something they aren't comfortable with?

When I was illustrating for magazines and advertisements I was constantly amazed that there was often little or no respect given to my ability to create what the art director saw in my portfolio! I was so bothered by this lack of respect that I decided to try not to perpetuate this injustice. I found myself often telling the hairstylist, "Do what you think would look good on my head" (not that there was much hope anyway :) At nice restaurants I would ask the server to bring me what the chef was good at. Other times I've actually asked the chef to surprise me with what he/she would cook for him/herself.

I guess I was rambling on in class one day about my thoughts on this subject and one of my very committed students took it to heart. Lee VanNoy Call who's work appears above and her husband Tyler found themselves at a Macaroni Grill one night. They asked to speak to the chef. A very worried looking culinary artist showed up and asked what they needed? Tyler spoke up and said, "I would like you to create whatever you like for me because I respect you as an artist and I'm confident that while I might not love what you come up with I'm sure it will be an enjoyable culinary journey apart from the normal path I usually take." (Or something pretty close)

The chef was dumbfounded. He couldn't speak. Finally he had to ask Tyler to repeat his request - after all he had grown accustomed to being treated like a drone, an order taker, a worker bee - certainly not as an artist and especially not like a surgeon. We profess to love art but how often do we allow artists to express their creativity? It's funny but when members of my family want to try my boxed leftovers from a restaurant they never ask what ingredients are in it - but when I cook for the family they always want to eliminate the very ingredients that were in my boxed leftovers. Have we become control freaks when it comes to art?

So the chef was overly careful to ask, "Are you sure you just want me to come up with something?" -and he did it repeatedly. Tyler met his concerns with multiple reassuring words - yes - yes and YES. So the dumbfounded chef retired to the kitchen. When their orders were brought they got a VIP treatment. (this, from a restaurant chain) The chef proceeded to explain what he had made. What ingredients were used. How they were used. Why they were chosen and so on. He was proud of what he had created and he wanted to share it. During the meal he re-appeared to find out if they were enjoying their meals - they were! It was a wonderful meal as they reported to me.

When they were finished he told them dessert was on the house - another off menu creation he made just for them! It too was amazing and a testament to the desire that artists have to give gifts to aficionados. The artist was surprised that his art was appreciated. The art appreciators were surprised at the overwhelming desire to please them by the artist. Why were two artists so surprised by something that should be very common?


Lee does some really cool DawgArt besides her illustration work - she was also accepted into the Society of Illustrators student show with the piece above!
Posted by Will Terry at 9:58 PM