Creating in a Vacuum Cleaner


A while back my youngest son overheard my wife and I talking about not being able to create in a vacuum. He asked, "why can't you create in a vacuum cleaner?" We both busted up laughing and then moved to damage control when we could tell he didn't appreciate it.

But the question is valid...why can't you create in a vacuum?...or vacuum cleaner? 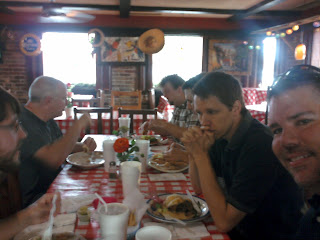 My critique group is called Brotique probably due to the fact that we are a guys only group. Formed about three years ago - we meet about once/month at El Gallo Giro - a mostly authentic Mexican restaurant in Provo Utah. (A few of us are hiding out just for the food)

Now you might be tempted to think that we're sexist...stupid perhaps but the reason for keeping it guys only is to create an environment free from feminine based censorship - now hold on...we theorized that since most editors are female there is probably a bias in children's publishing away from certain topics or words, issues, etc. We wondered if this would be a good environment to test ideas and stories that might be deemed "inappropriate for children." Ironically we've come to realize that about the only benefit is being able to talk about ludicrous ideas without the fear of being labeled inappropriate, lewd, ribald, uncalled for, or crass. 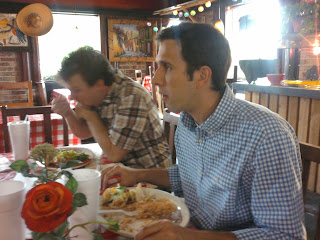 Still - we feel that there are probably markets that are under represented or completely overlooked that would appeal to a demographic off the radar of some publishers. We like the ability to dream, write, and ponder these types of subjects. In the end we probably perform about the same amount of self censorship that we would get through editors - we just like the idea that we can be rebels - if we wanted to - but we might choose not to rebel - but we could...just so you know.


One thing for certain - we've found a magical combination of talented author/illustrators who are fun loving, thoughtful (when necessary), honest, smart, ingenious, hard working, and encouraging. The unspoken spirit of the group seems to be: "I'll help you - you help me - we'll both help them and in the end we'll all publish fun ideas that change the world for the better." 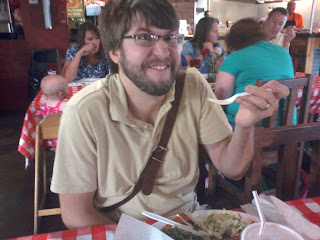